The Anti- Drug Committee of COER has been established for curbing possession or consumption or use of drugs, alcohol and tobacco products by students, within campus/hostels or outside. In COER campus smoking, drinking liquor, chewing tobacco, Gutkha or any tobacco product is strictly prohibited since inception in 1999. Accordingly, possession and consumption of these items, entry in campus under the influence of alcohol or any addictive/toxic material is taken as a serious punishable offence. Our sincere efforts are focused educating students about adverse impact of drug abuse to keep them away from the menace which ultimately appears as silent killers and.

“To achieve and maintain COER premises and surroundings by imposing total ban on consumption or use of drugs, alcohol and tobacco products.”

Do sports activity, physical exercise, yoga, meditation and read good books. Drugs end all dreams. Stay away from it.

Immediate and long-term effects of drug use

Drugs can have immediate and long-lasting effects on your physical health and well-being.

Your mental and emotional well-being 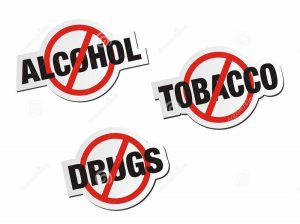