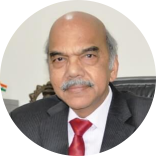 Professor Satya P. Gupta joined as Director General of the College of Engineering Roorkee (COER) in November 2018. He has been associated with the Indian Institute of Technology Roorkee (formerly University of Roorkee) for 42 years where he joined as Lecturer in Electrical Engineering Department in 1976, became Reader in 1982 and Professor in Jan. 1994. Prior to joining UOR, he served Jyoti Limited, Vadodara as designer of high voltage induction motors operated directly from 3.3 KV, 6.6 KV and 11 KV supply, for about two years. He did B. Sc. Engineering in Electrical Engineering from Engineering College Dayabagh, Agra in 1971, ME with first position in 1973 and Ph. D. in 1986, both from Electrical Engineering Department of University of Roorkee and post doctoral work from University of Bristol under Commonwealth award in 1989-90. He also did teaching and research at University of Puerto Rico (USA) in 1990-91. After his superannuation in 2015, he was Emeritus Fellow in the Electrical Engineering Department for a period of three years. Professor Gupta in his career, worked on various positions of administrative responsibility at UOR/IITR such as Associate Dean, Development & Planning (July 1997 to March 2002), Professor-in-charge, Guest House and Institute Nodal Officer (Feb.2002 to Dec. 2004), Professor-in-charge Planning, Coordination and Liaison (Jan. 2005 to to Sept. 2006), Head of Electrical Engineering Department (Jan. 2006 to Dec. 2008), Coordinator, IIT Mandi Coordination Committee (Mar. 2009 to Jan. 2010), Dean Planning IIT Mandi and Dean, Greater Noida Extension Centre of IIT Roorkee (Jan. 2010 to Jan. 2011), Dean Alumni Affairs (Jan. 2011 to Dec. 2012) and Deputy Director (Jan. 2013 to Jan. 2015). As Head of Department he facilitated starting of 5-year IDD program in collaboration with University of Western Ontario, Canada and a Grant of Rs. 2.50 Crores from DST under FIST scheme. He was also associated in developing a video film on Research Frontiers at IIT Roorkee as well as in documenting a Supplement on History of Roorkee University. Professor Gupta made a very significant contribution in research in various areas of Electrical Machines, Drives and Power Electronics. He published about 75 research papers and guided 11 PhDs. He was also associated in research on Condition Monitoring of Electrical Machines where he also worked on two sponsored research projects awarded by the Department of Science & Technology (DST) and the Ministry of Human Resource Development (MHRD). He received best paper award from the Institution of Engineers (India) twice. He is a Fellow of the Institution of Engineers (India) and Life member of the Indian Society of Technical Education. Professor Gupta has travelled to Switzerland, Singapore, China, USA and UK for Academic assignments, Conferences, delivering invited lectures as well as for alumni networking. In May 2019, he travelled to Russia with a delegation of COER for signing an MoU between COER and Kuban State Agrarian University (KubSAU). 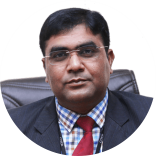 Dr. Brij Mohan Singh graduated in Computer Science & Engineering Discipline from College of Engineering Roorkee (COER) in the year 2003. He completed his M.Tech. (CSE) in 2007 and Ph.D from Uttarakhand Technical University, Dehradun in April 2012 on the title "Text Extraction in Degraded and Stylistic Documents". He has published more than 25 research papers in International Journals such as Document Analysis and Recognition-Springer, CSI Transactions on ICT-Springer, IJIG-WroldScintific, IJCSE, IJMECS, EURASIP Journal on Image and Video Processing etc. He has also published 18 Research papers in reputed International and National Conferences. His research areas are Digital Image Processing,Pattern Recognition, Machine and Deep Learning. He has guided 3 Ph.D Thesis of UTU Dehradun and Currently 6 are in process. He is currently guiding research scholars in Machine & Deep Learning, Unusual Event Detection, Video Surveillance, Internet of Thing (IoT) and Data science areas. He has published more thank 06 patents. He is IBM certified in Big Data and Business Intelligence. He is also CCNA certified. He has joined College of Engineering Roorkee as Assistant Professor in Computer Science & Engineering Department in Jan 24, 2005. He promoted as HoD-IT in Aug 2014, Dean (C&D) in Aug 2017, Dean (Academics) in July 2018. He is currently promoted to Director(COER) in July 2020. He has 16 Years of Experience of Teaching in COER and total teaching experience is 18 Years. 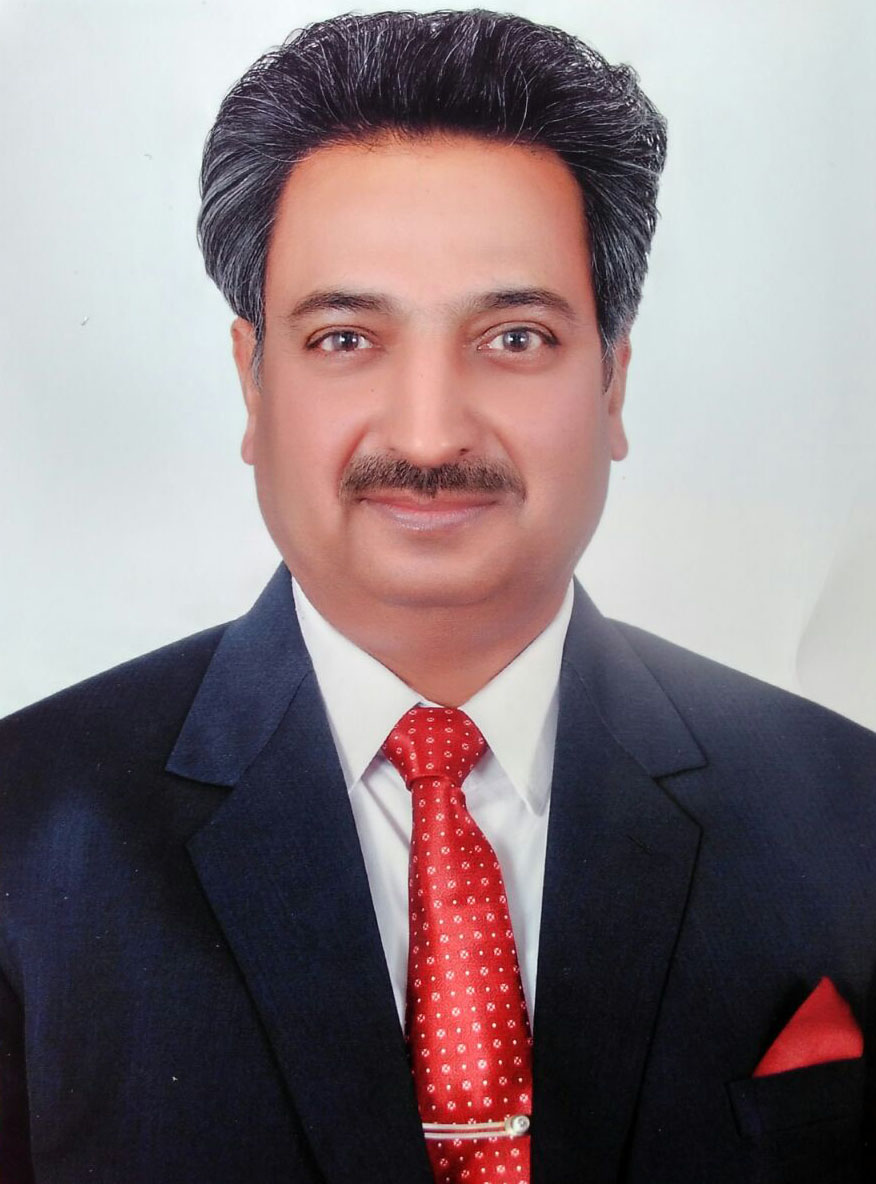 Dr. D.V. Gupta, Dean (Basic Sciences & Humanities) and Professor & Head- Department of Mathematics, joined COER as one of its founder faculties on July 01, 1999. He has been serving COER in different capacities for more than 20 years. He possesses strong academic foundations- Ph.D. in Mathematics (1991) & M.Sc. (Applied Mathematics) both from University of Roorkee (presently IIT Roorkee). He has published more than 45 Research Papers in International/ National Journals/Conferences and also written several other articles. He has also authored 3 books on Engineering Mathematics. Presently 8 students are pursuing Ph.D. programme under his guidance and supervision and one candidate has been awarded Ph.D degree from HNB Garhwal University Srinagar. Being a National Scholarship holder and an awardee of multiple awards including 'Motivation Award' 8 times for 100% result in Mathematics at COER, Dr. Gupta has a proven excellence in the field of research and teaching. Dr. Gupta possesses an optimum blend of experiences- teaching to engineering students, administrative experience along with coordination of students' activities for the development and growth of young minds. As Dean Dr. Gupta, with his charged attitude, envisions success and development of the departments, and hence COER. He always focuses on the foundations of educational system; like imparting quality education, transfer of knowledge to students, improving communication skills, adhering to attendance policies, maintaining best work ethics within departments, upholding cordial faculty-student relations, and thus enhancing overall positive work environment. Prior to joining COER on July 01, 1999, Dr Gupta has worked in Adarsh Bal Niketan, Senior Secondary School, IIT Campus Roorkee in the capacity of Lecturer, Vice-Principal & Principal for about 12 years. Thus Dr. Gupta has a total teaching experience of his subjects to graduate & postgraduate students for more than 32 years. He urges students to recall the efforts made by great men who reached the pinnacle of success and inspires them by sharing this quote- "Heights by great men reached and kept were not attained by a sudden flight but they while their companions slept were toiling day and night." "ARISE, AWAKE AND STOP NOT TILL THE GOAL IS REACHED." - SWAMI VIVEKANANDA 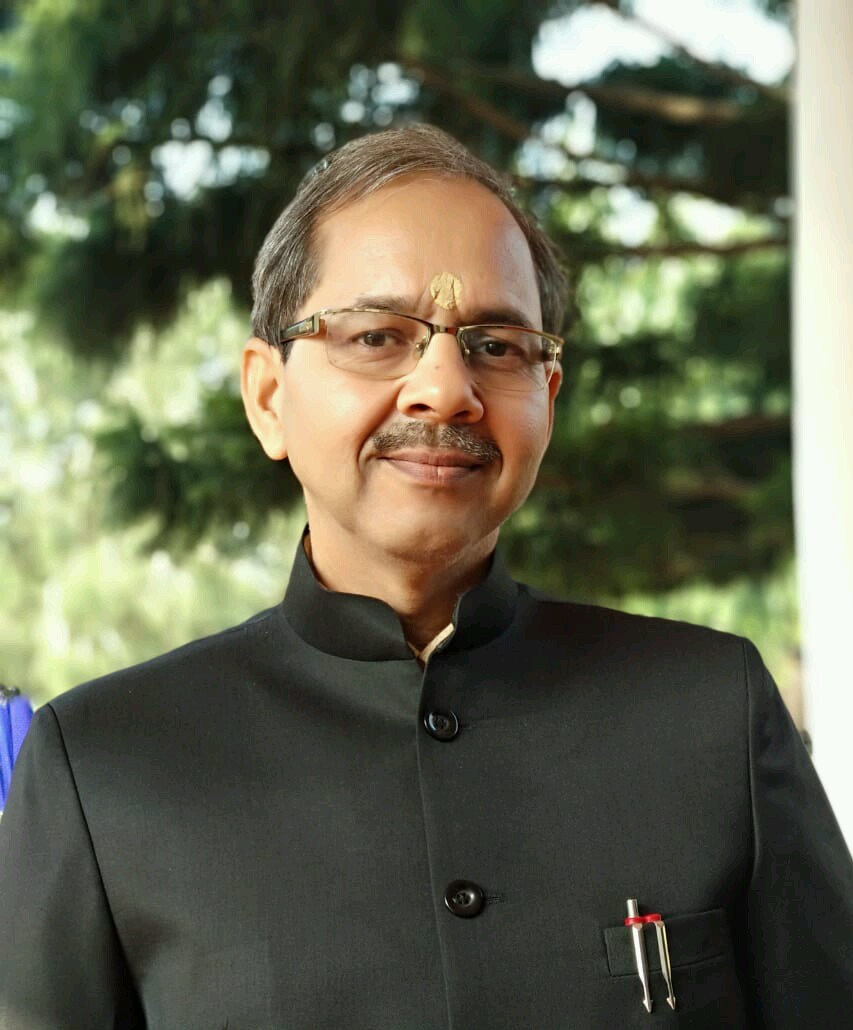 Prof. Vinod Kumar Singh, obtained his Ph.D. degree in Chemistry from Banaras Hindu University, Varanasi in 1997 and did Post Graduate Diploma in Computer Application in 1991. He got BHU Research Scholarship; JRF and SRF of MOE&F, Govt of India, New Delhi. Later, he got SRF and Research Associate ship of CSIR, New Delhi for carrying out research project based on Radiotracer Technique. He had worked extensively for removal of heavy metals and radiotoxic ions from aqueous solution/water/wastewater using Radiotracer Technique. He has 38 research papers to his credit out of which 14 research papers in referred International Journals published from Great Britain, Germany and Hungary; 24 papers published in proceedings of International and National conferences. Prof. Singh had attended 5 workshops in his area of interest in BHU and IITs. He had delivered five invited talks. Prof. Singh has been associated as Mentor in Chemistry for the initiative of Dept of Science and Technology, New Delhi towards innovation in Science Pursuit for Inspired Research: INSPIRE Internship Program. He is Life Member of National Environmental Science Academy (NESA), New Delhi. He has contributed as Subject Expert for video lectures on Chemistry and Industrial Chemistry based on the UGC Model syllabus, for noble initiative of MHRD, Government of India under the plan project of National Mission on Education through ICT(NME-ICT) through Consortium of Education Communication (CEC), New Delhi. Prof. Singh has completed e-content courseware in 13 educational programs in Chemistry and 11 in Industrial Chemistry for B.Sc. program to bridge knowledge and information gap through e-learning. 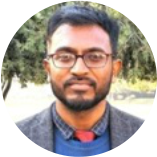 Dr Siddharth Jain is an adaptable and responsible researcher who aspires to become a world leader in the area of energy systems and contribute to the development of energy pathways which are sustainable and environment-friendly. Dr Siddharth Jain undergraduate training has been predominantly in the area of mechanical engineering. He pursued his master's and doctoral degree focusing on Biomass and Bioenergy from Indian Institute of Technology Roorkee, India. His PhD research involved various aspects of biodiesel production from sources which are renewable, non-food crops and have lower environmental footprints. Apart from the production process he contributed in the stabilization of biodiesel properties with respect to time. After PhD, he did his two Post Doctoral Fellowships from National University of Singapore and University of Alberta in the area of biomass and Bioenergy. During his PhD, he had gotten offer from National University of Singapore for Post Doctoral Fellowship. This program was a major collaboration between Shanghai Jiao Tong University (SJTU), one of the leading universities in China, and National University of Singapore (NUS). This was supported under the Campus for Research Excellence and Technological Enterprise (CREATE) framework to study sustainable solutions for coupled problems targeted at already-stressed megacities and serve as inputs for strategic policy making and near real-time environmental monitoring and response. He has done 2nd post doctoral fellowship from University of Alberta. There his work was focused in the area of integrated energy and environmental modeling, techno-economic assessment of energy systems, GIS mapping of biomass. His research area is basically focusing on non-conventional sources of energy. He joined College of Engineering Roorkee in 2012. Currently he is working as Dean Research and Professor in the Department of Mechanical Engineering. During his duration in College of Engineering Roorkee, he is doing research in the area of low temperature transesterification of algal biomass. He has Published more than 60 papers in International SCI publications and authored many books and book chapters for Springer, Elsevier, CRC etc. He also get invited by many IITs and NITs such as IIT Jodhpur, NIT Bhopal NIT Kurukshetra, Gurukul Kangadi etc for guest lecture and FDPs. Apart from this he attended around 40 International Conferences and published 3 patents.